I TURNED 19!!!!! So on the 14th April I had my 19th birthday which was absolutely glorious! I was with the best people all day, with amazing weather and incredible food!!! Last year for my 18th we went for brunch, so we decided to do it again this year (new tradition may have been started?!). We went to Bill’s again because we just loved it.. PLUS because it was my birthday, I received a code that got me a free, good sized bottle of prosecco. Here we learned that I cannot down a drink. I had a green juice (bc gotta keep healthy) and then pancakes (ruined it). After brunch, we all headed back to car, making a quick stop in WHSmith to pick up a birthday badge. As it was 19, there was a limited selection, so we went for 2 instead. One saying ‘it’s my birthday’ and the other saying ‘buy me a drink’. These came in handy in the evening. 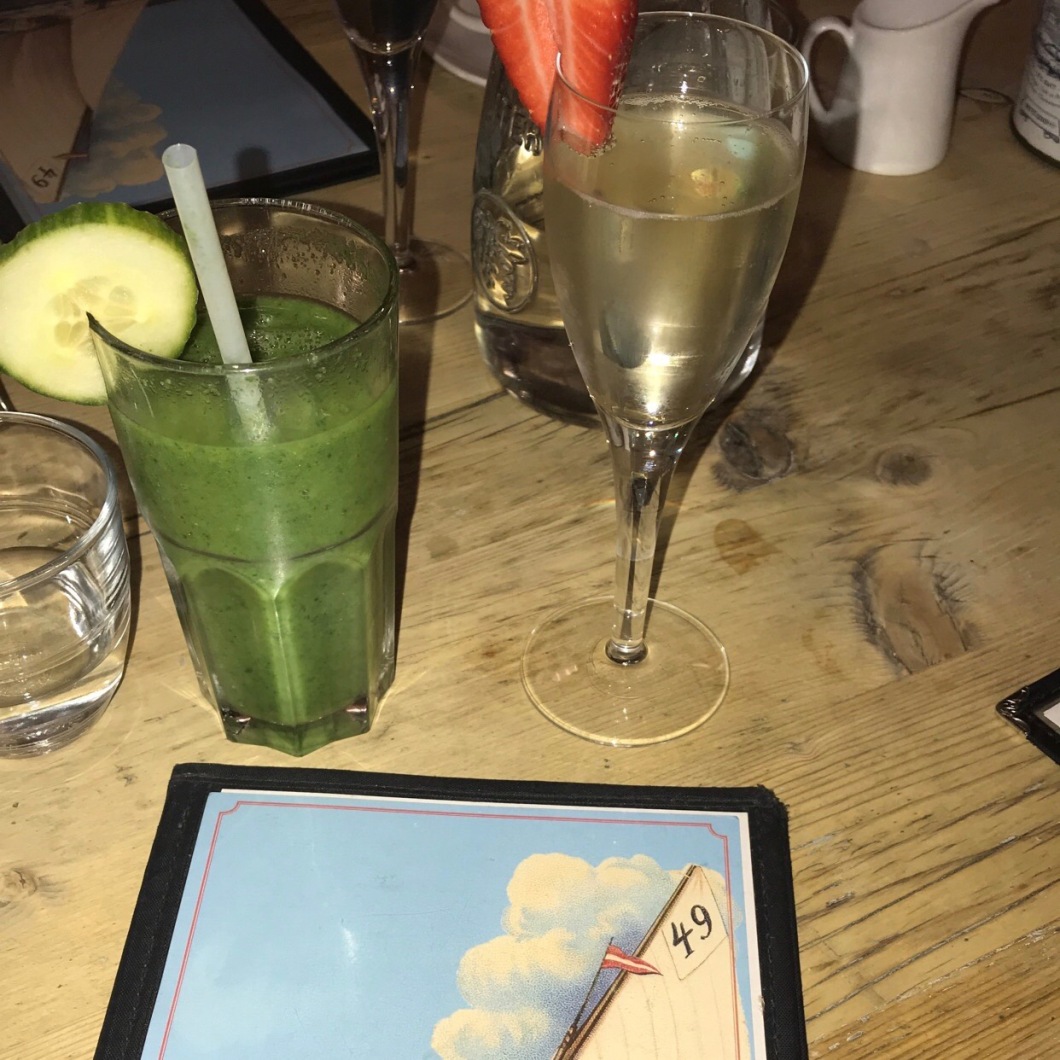 Anyway, as it was such a nice day, when we got home we had a shower, popped some shorts on and went and sat outside with a cup of tea and some cake. Then me and Lauren realised that we didn’t have much time to get ready as our dinner reservation was booked for 6.. meaning we had to leave the house at 5 to get the train for 5:15 in order to make it in time. Thankfully we were speedy and made it in good time. 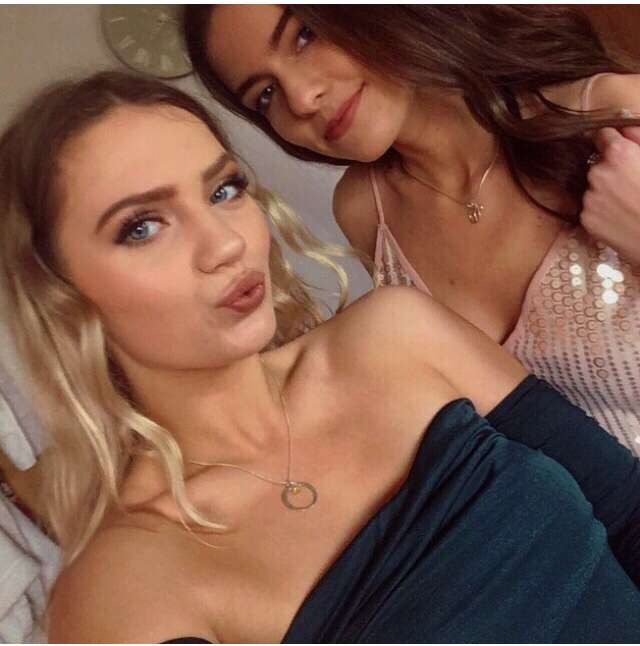 So for dinner I wanted to go to the Giggling Squid which is like a Thai food restaurant and is incredible. There have been so many good reviews on it, I just had to try it! Walking through Bath, myself and Lauren looked so out of place as it was so early and everyone was taking advantage of the sun, and we were there walking through Southgate in heels and short dresses….oops.
For drinks, I went for a strawberry mojito and Lauren went for a passionfruit drink. For food, we both went for spring rolls which were SUPER yummy, and then for mains, I went with the classic vegetable noodles and Lauren went for a pad khing, however they brought out a pad thai which luckily we got on the house and they eventually brought out the right meal! 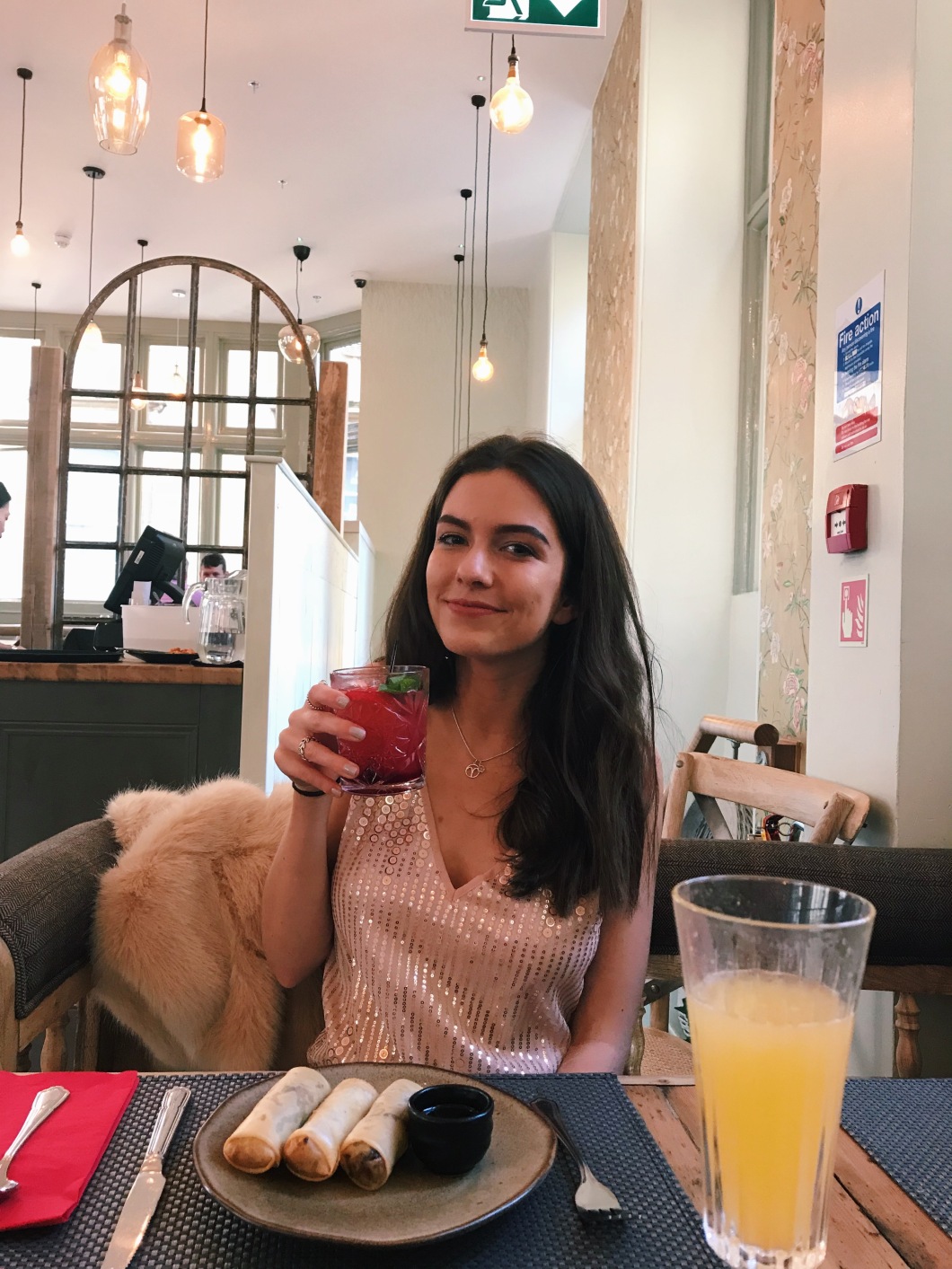 Once finished in the Giggling Squid, we walked up to Slug & Lettuce which is the absolute classic for a cocktail night. One our way up we decided to stop for a ‘quick’ photoshoot, which was eventually successful for us both! 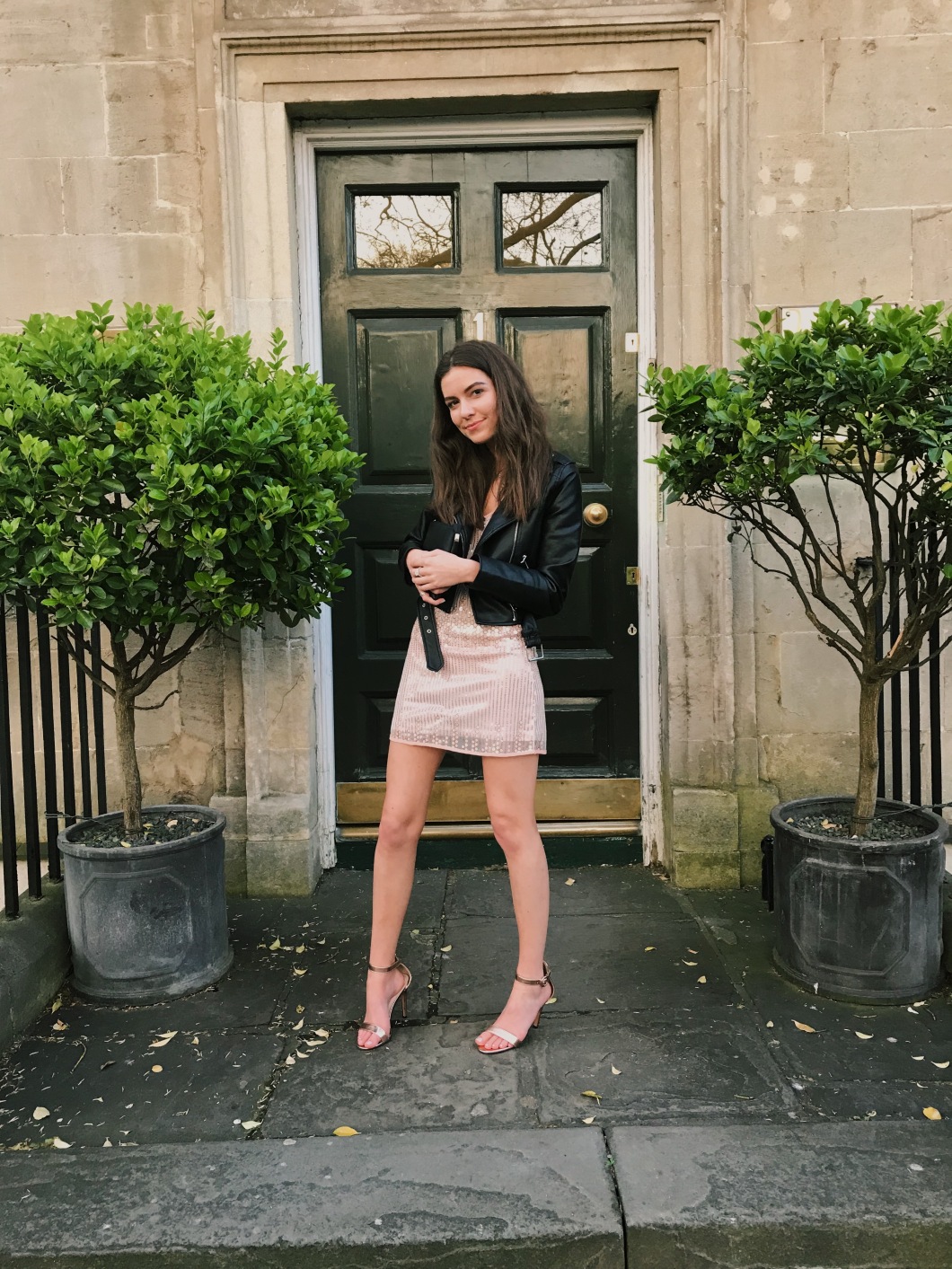 Slug & Lettuce was not up to the usual standard, it was pretty dead in there, plus they gave us terrible drinks. We both wanted a gin, but ended up with gin and soda water instead of gin and lemonade.. it tasted vile. Then the second lot they gave us was overpowered with gin, so we left after that! We went down to Turtle Bay and spent the rest of the night there. Here, we discovered that I can’t do shots… so basically I’m the worst person to get super drunk with :))

I will keep to the classy cocktails for now!